With our new Facebook page, Daetwyler SwissTec is moving with the times!
更多信息请阅读

With our new Facebook page, Daetwyler SwissTec is moving with the times!

Want to see some pictures of our everyday work at the SwissTec offices? Visitors from countries across the globe? Our sales team hard at work? Then come and pay us a visit on our Facebook page. From the pyramids in Egypt to cherry blossoms in Japan – at Daetwyler SwissTec the world is your oyster!

Finding it hard to put a face to your contact partner? Maybe you would like to find out more about the people behind the voices on the phone? Facebook now gives you the perfect opportunity to do just that – we can’t wait to see you! Get to know Daetwyler SwissTec from a whole new perspective and find out more about life away from our everyday work. And the best part is that you don’t even need your own Facebook account – pay us a visit soon, you won’t be disappointed! 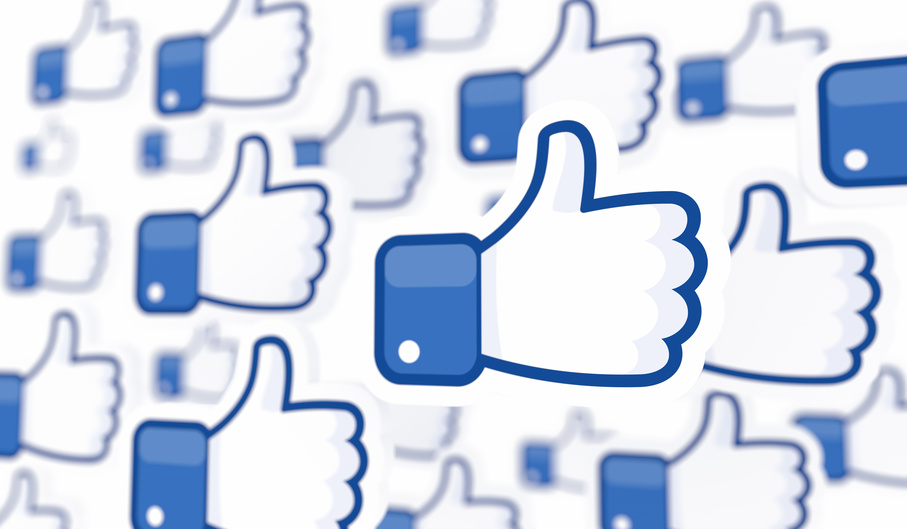 Daetwyler LIFE gets a new look

The Daetwyler Group wishes to be seen as a progressive, forward-looking company without losing sight of its roots and established traditions. We have therefore revised our market presence, our corporate design, in accordance with a new concept more in keeping with the times. With the first issue of Daetwyler Life 2015, you – as our most loyal “customers” – now have a newly designed, attractive and clearly structured company magazine in line with our new look. Alongside a host of interesting information from our headquarters in Bleienbach, increased space will be given to our subsidiaries in China, India and the US in future. With each issue, readers can look forward to an exciting read.

The following topics await you:

40 years Daetwyler USA
History of Daetwyler in the USA

Have fun – HERE you will find the first edition of our new Daetwyler LIFE.

ICE Europe, the world’s leading event for paper, film and foil converting, offered its visitors a comprehensive overview of the latest technical products and services in the field of flexible material coating and processing.

For the first time, Daetwyler SwissTec was present with its own booth. The company’s attendance is already being seen as a great success. A wealth of customers and distribution partners from Asia, the Middle East and, naturally enough, the whole of Europe came to the stand to find out more about the MDC Doctor Blades.

The printing industry is confronted with major challenges in the form of new types of coatings and finishes of all kinds. These are tasks that only a high-performance doctor blade guaranteeing consistent wiping and even coating can master.

Daetwyler SwissTec has doctor blades devoted to these applications in its portfolio. Thanks to their high-quality, resistant coating performance, our MDC LONGLIFE, OPTILIFE PLUS and GOLDSTAR PLUS doctor blades are perfect for demanding coating applications.

Daetwyler SwissTec will also have a presence at the next ICE Europe. 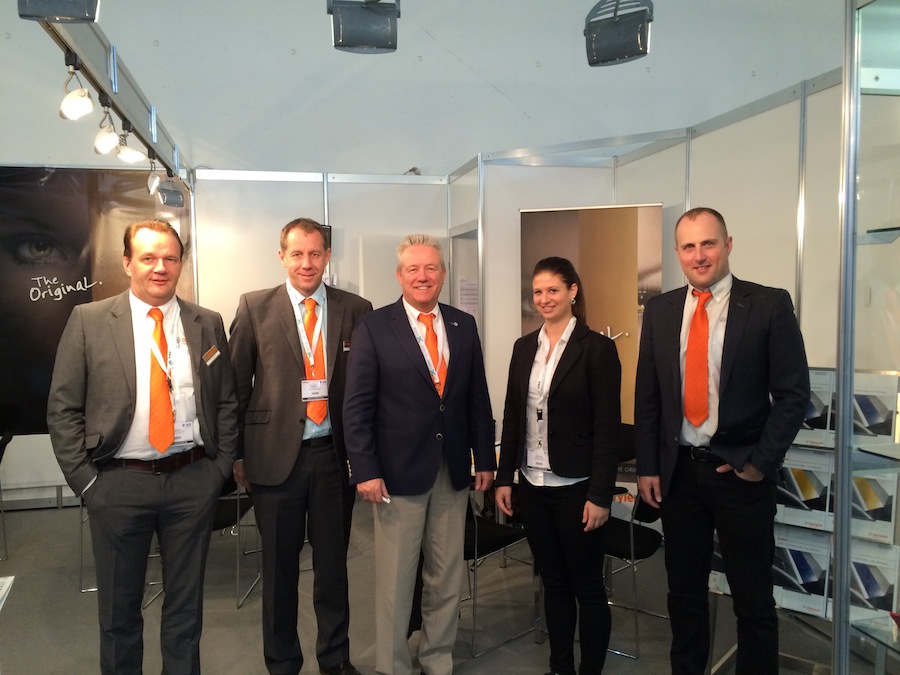 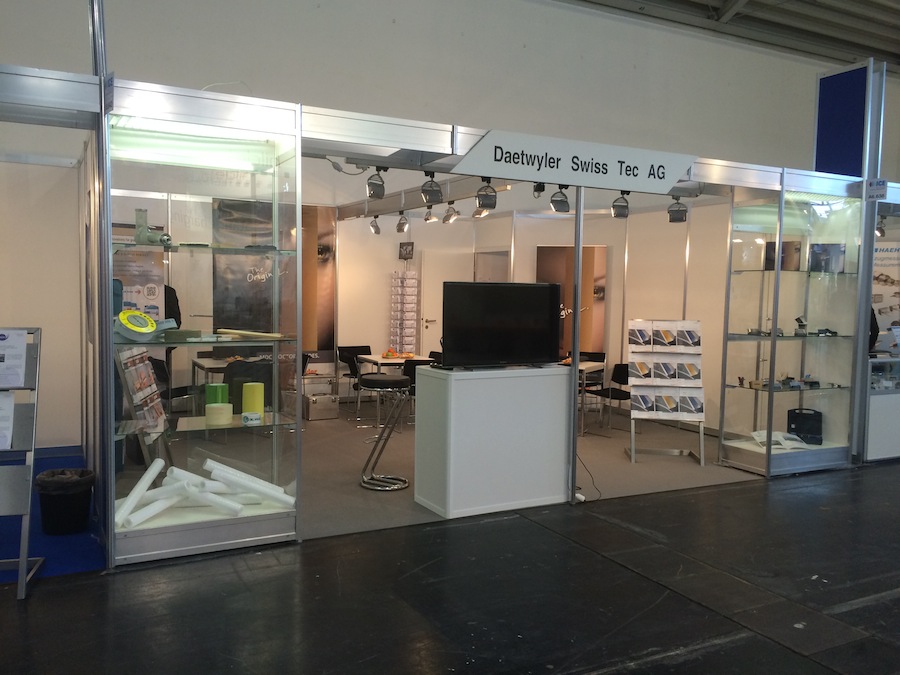 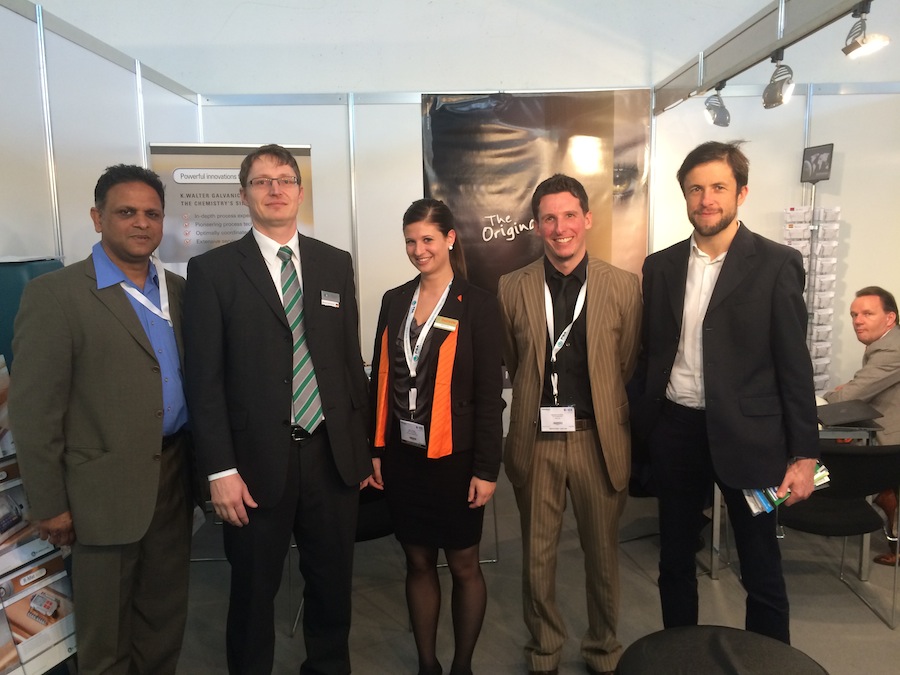 After many weeks of intensive work, we can now announce that the new Daetwyler SwissTec website is online!
更多信息请阅读

After many weeks of intensive work, we can now announce that the new Daetwyler SwissTec website is online! Take a look at the layout of the responsive design website. It no longer matters which terminal you use to view the homepage; the website automatically adapts to your medium. Irrespective of whether you are using a smartphone, a tablet or a computer, you can now view the contents of the new website easily and at any time. We hope you enjoy exploring our new website!

We have attached great importance to ensuring that the website is user-friendly for our end customers. Not only has the product portfolio been assigned to the relevant print technologies, but a configurator has also been specially developed. The configurator allows you to access the correct MDC  blade by asking targeted questions concerning the printing process. Another highlight is the troubleshooter! In the event of specific printing problems, this service provides advice concerning the set-up and the right blade with the optimum configuration.

Developed specifically for our end customers and our sales partners around the world, the new website is designed to provide added value in terms of clarity, simplicity and clear content. Our numerous activities – including training courses, trade fairs and conferences – are listed in the ordered events tool. Stay up to date and register today for our newsletter. And whenever you have the chance, look in on our newsroom. Have fun! 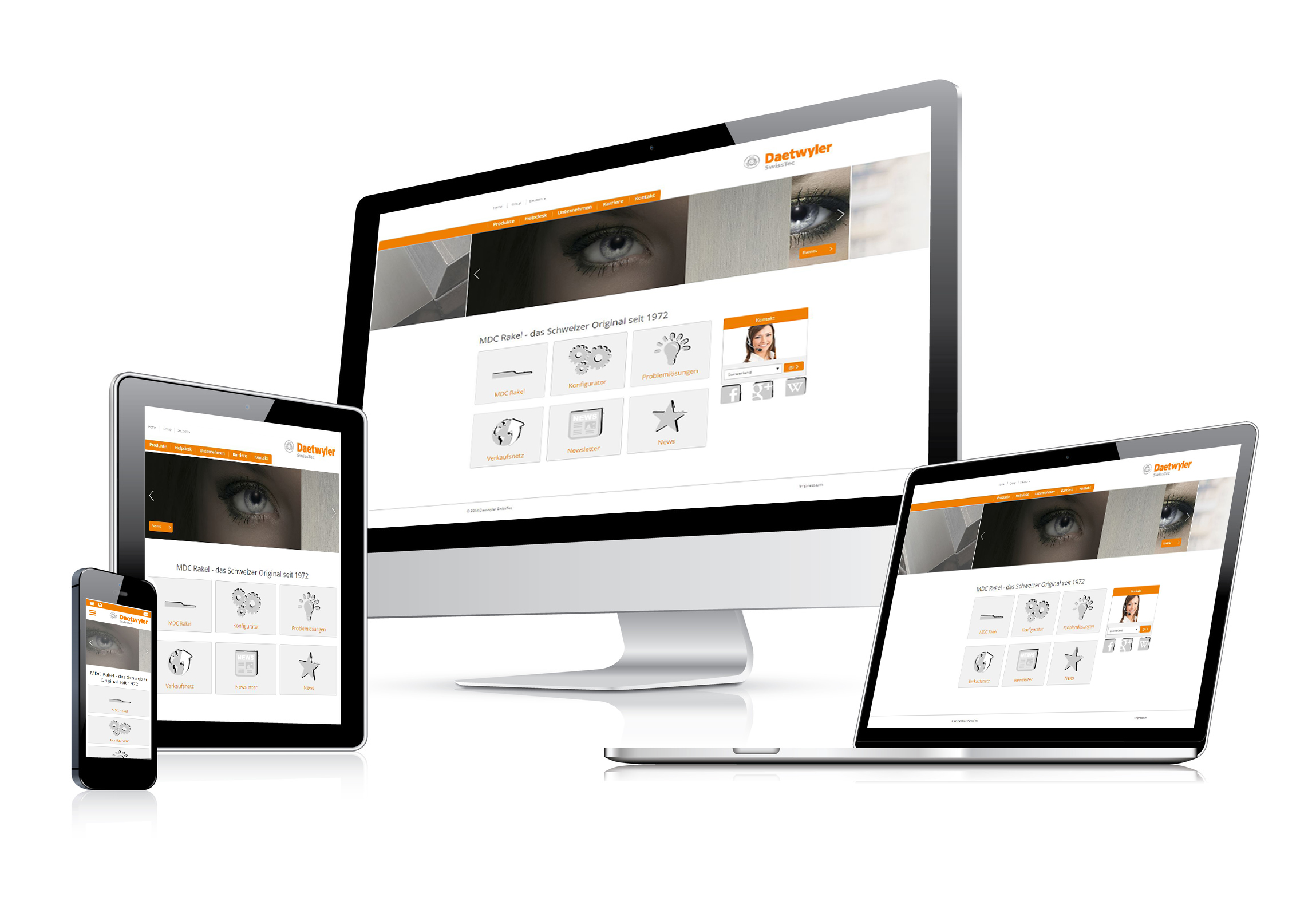 The Brazilian Heliograph subsidiary and distribution partner of Daetwyler SwissTec had its own booth at the Flexo Latin America. This flexographic printing trade fair took place from October 7–10, 2014 in the Transamérica Expo center in São Paulo.

In addition to providing information on systems and products from the entire Heliograph Holding, Stand G28 in Hall C also presented high-quality doctor blades made by Daetwyler SwissTec AG. The fair – which is carried out every two years – was open daily from 11 AM to 8 PM. (www.feiraflexo.com.br)

The 2014 ExpoPrint Latin America was held at the same venue in July. This large and highly significant event for the Latin American printing industry, which – like drupa – is held every four years, covers the whole range of print tasks, including prepress, printing, packaging and postpress. Based on the numbers of visitors, the ExpoPrint Latin America is among the worldwide reference fairs: 35,000 visitors were recorded in seven days. The exhibition focused on digital and offset printing.

MDC Max Daetwyler do Brasil was a co-exhibitor at the Renzmann company booth and showed SwissTec doctor blades. Visits by major customers contributed to the success of the MDC fair, including the Editora Abril, Peeqflex/Empax, Diadema Embalagems, Mazda Ltd and Rehau companies.

Mr. Jürg Enggist, our sales manager, also participated at the exhibition and helped with any Doctor Blades queries. 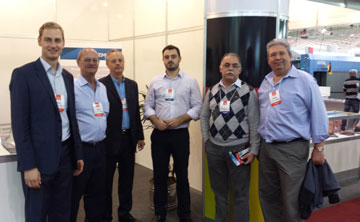 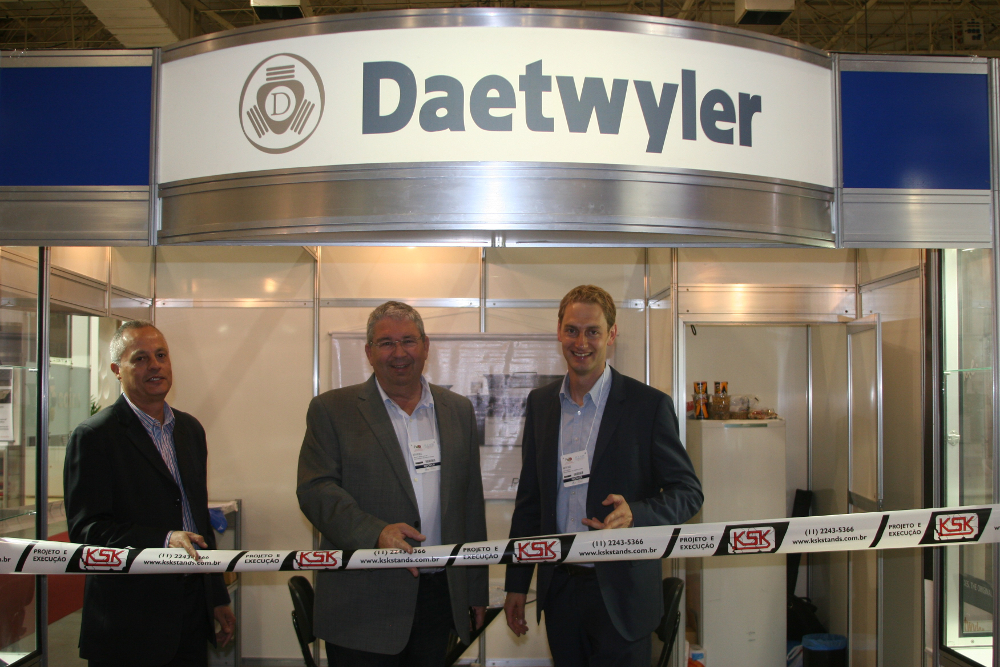 Three of our trainees completed twelve weeks of their training in our subsidiary in Huntersville, USA.
更多信息请阅读

Three of our trainees completed twelve weeks of their training in our subsidiary in Huntersville, USA.

For the first time in Daetwyler's history, trainees from Switzerland had the opportunity to travel for 12 weeks of their training to our subsidiary Max Daetwyler Corporation in Huntersville USA. This adventure started for three of our currently total of 47 trainees on July 7, 2014. Rolf Hofer, Team Leader Trainee Program, accompanied the young adults Céline Tschumi (Automation Engineer), Markus Liechti (Mechanical Technician) and Simon Uhlmann (Mechanical Engineer) plus their families to the Zurich Airport. After spending 9.5 hours in the air, the apprentices arrived in Philadelphia with a delay of an hour. They just missed their connecting flight to Charlotte, but they overcame this obstacle effortlessly and roughly two hours later boarded another plane headed for Charlotte.

In Charlotte they were picked up at the airport by Coni Chamley, Office Manager & Executive Assistant MDC Daetwyler USA, who drove them to their apartments. After a good night's sleep, the trainees were handed over their own car, an almost new Toyota. Then it was time to take a tour of their new workplaces, where they received a warm reception from their new coworkers.

The trainees were each supported on-site and given instruction by a specialist in their specific fields. They were encouraged to actively participate in the working processes and assist with production. They learned a great deal in their functions, and all three quickly made good progress in technical English. Céline was especially happy that she was given the chance to program a machine for the first time. Simon and Markus took advantage of the opportunity to collaborate with others during the manufacture of a pneumatic motor as part of a traineeship project.

They also had some very interesting experiences in their free time. Already in the first week, our three America pioneers were invited to participate in recreational events, which they nonetheless politely declined – they were still adjusting to the time change and were quite tired. In the second week, though, they started on their exciting exploration of the USA in the company of their American work colleagues. Among other things, they visited an amusement park, a water park, a football game as well as drag races. Of course, they also explored the East Coast, which naturally had to include a visit to impressive New York City.
The three have been back in Switzerland since Sunday, September 28, 2014, and are again enjoying time with their families and friends.

Besides souvenirs such as cowboy boots, cameras and new clothes, the three brought back above all many valuable experiences and pleasant memories. In the past three months, for them the USA has become much closer to Switzerland, and they made friendships that will last a lifetime. They speak full of admiration about our American colleagues, who received them so friendly with wide open arms. They are pleased and thankful for the opportunity to have become more familiar with America and that country's people in this way.

At this point, we would like to extend our grateful thanks across the ocean to our American friends, who took in our three trainees in their USA Daetwyler family and made it possible for them to have such an unforgettable experience. A big thank you also to our trainees for doing this trailblazing work and paving the way for future trainee exchanges.

Application
The right surface roughness on a gravure cylinder is not only decisive for a long lifetime of the cylinder but also for a smooth printing performance. Thanks to the DG Rz-Star measurement device you can now check your roughness in a matter of seconds. Additionally you can print out the measured values with the optional Bluetooth printer as evidence of your high quality standards. 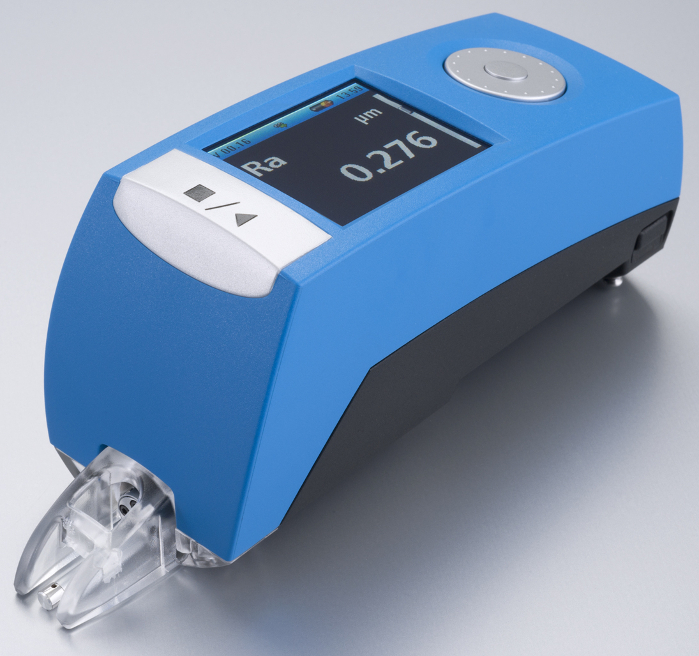 A whole family in football fever

The manager of the Brazilian brand office of Doctor Blades, Martin Raab, has lived with his family in São Paulo since 2013. Among other things, he also experienced the 2014 Soccer World Cup there live.

The entire Raab family is enthusiastic about Brazil. Martin Raab says: "The hospitality and commitment of the people here are outstanding." The MDC Max Daetwyler do Brasil branch office, with its ten employees, sells products from the Heliograph Holding companies and Daetwyler Swisstec on the Brazilian gravure printing market. Of course, the Raabs also experienced the 2014 Soccer World Cup live in Brazil. In the Germany vs. Brazil game, a "public viewing" with Brazilian neighbors and friends at home in São Paulo ended up an emotional roller coaster – including both shock and exuberance. The fantastic mood in the stadiums during the games, which the family experienced live, was also impressive (the German newspaper “Passauer Neue Presse” reported in an article). The Soccer World Cup in Brazil, is an event – everyone agrees – that will remain unforgotten. And it also somewhat compensates the Bavarians for the fact that every so often, they do miss their home in the Bavarian forest. 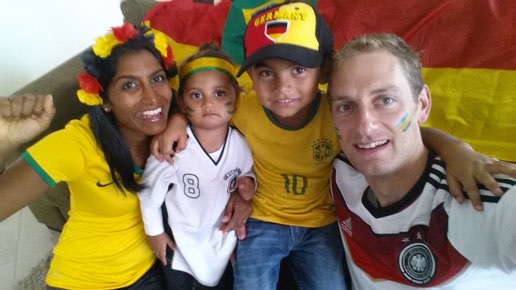 Our printing specialists are there to help you find solutions to your printing problems.
更多信息请阅读

Our printing specialists are there to help you find solutions to your printing problems.

At Daetwyler SwissTec Switzerland, Olaf Segbert (Head of Marketing & Sales) heads up a team of more than 13 printing engineers and printing specialists. Every day, this team is on the road around the world with our partners to find individual solutions to printing problems at our customers.

This is in addition to numerous specialists at our branches in the USA, China and India.

Jürg Aeschlimann takes care of our key accounts around the world, with a focus on offering support when dealing with technical challenges. His specialty is in assisting special projects and developing new printing methods. 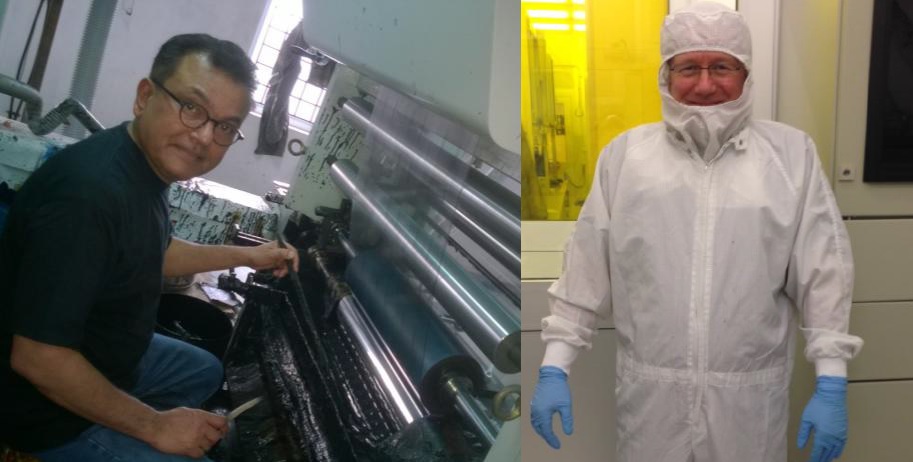 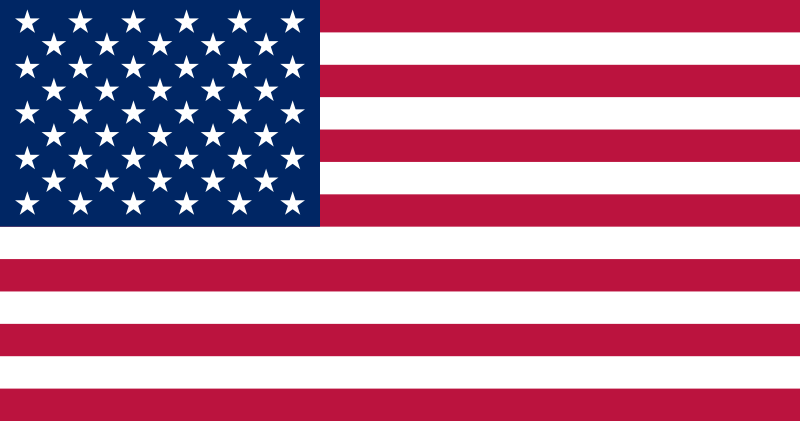